How to Avoid Fake CBD. A very imformative read!

Fake CBD Oil Products – What to look out for?

What’s worse than spending your hard-earned cash on a phony product? We are going to be talking about fake CBD. How can you tell if your CBD is fake or not. But in general, what’s worse than buying something that you thought was one thing but it turns out to be counterfeit. Not much is worse than that. At least when it comes to buying stuff. There’s probably worse things in the world obviously. But when it comes to buying something, especially something you take as a supplement, you don’t want it to be a fake.

But why are people even worried about this in CBD? Well, the reason is that CBD is part of the cannabis industry which at this point in time is still very new and it’s not really regulated. So, when you’re buying the product you are relying on that brand to be doing all the necessary checks and balances to make sure that they’re giving you a good, real and safe product. Whereas in other industries, there are more checks and balances in place, because there’s more regulation and they’re older. And we are sure cannabis will get to that, but it’s not there yet.

Mislabeling among products in the CBD industry

And on top of that, as we know and as we’ve covered before in our content, there is unfortunately a pretty high amount or a concerning amount of products that are not good.

That’s not the only thing you want to look for, when you’re looking to make sure you don’t have a fake CBD product.

How to make sure you don’t have a fake CBD product?

There’s only one way. You have to check the lab report. You don’t trust you verify. The first thing you want to look for, when you are checking to make sure that you have a real CBD product is, you want to check that the product actually has CBD in there.

What you do is, you go to any lab report for a CBD product and that will show you the cannabinoid profile. That’s like the first thing in the report.

Look for the CBD Content on the Lab Report 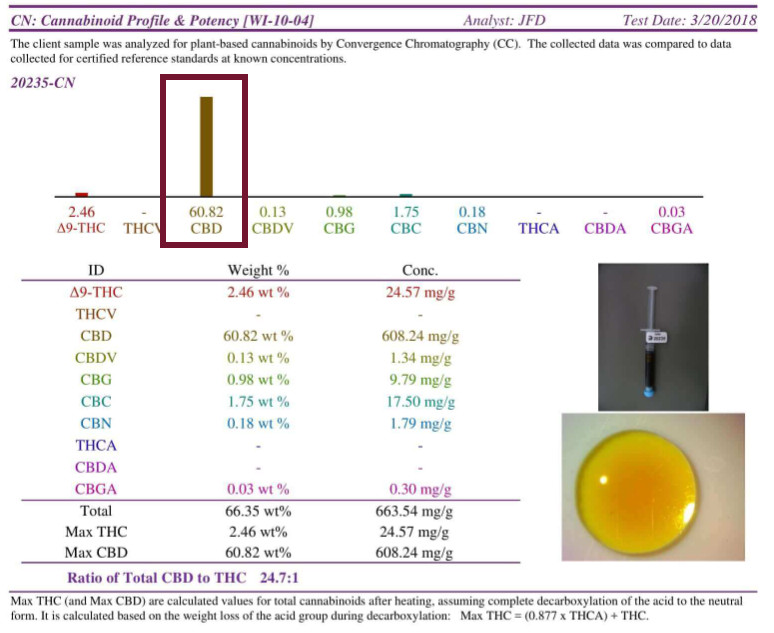 It is good to go with companies that update their batch numbers. So that you know if the batch number actually corresponds to the product that you have in your hand.

And the way the industry is going now is, actually you have companies that have these QR codes. In Indiana this is mandatory. But the QR code is matched to the batch report for the batch of the product that you’re looking at.

We think any CBD company, that doesn’t you incorporate the batch and the QR code, is going to be left behind. And there plenty will be in that situation, because they’re just not going to take on that. We do not know why, but they’re not going to provide that information.

How to check if its a Full Spectrum or CBD Isolate Product? 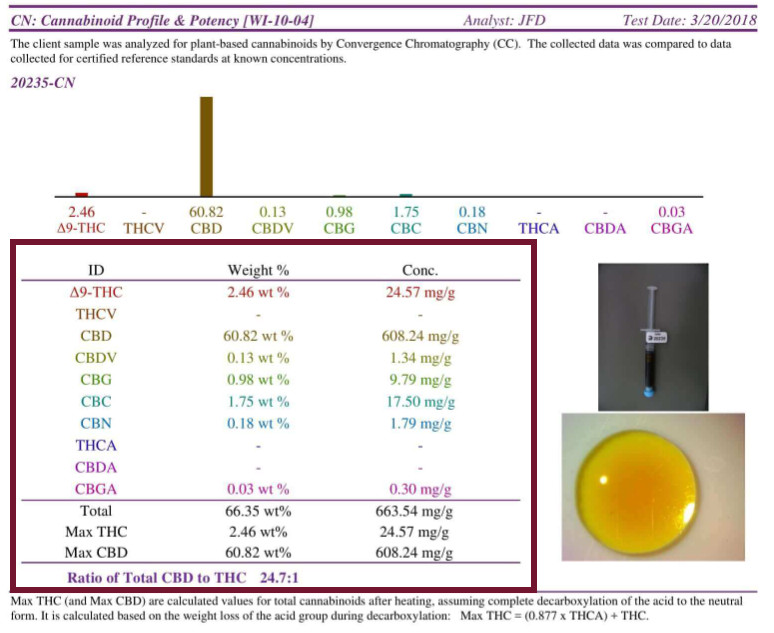 Other companies are just open about the fact that their product is a CBD isolate and doesn’t contain terpenes or other cannabinoids as a full-spectrum product would. They’re not hiding anything and that’s fine.

Some people prefer CBD Isolate products, especially people that have to take drug tests and should have absolutely no THC in their system. In that case, you don’t need to look for that on the lab report.

But in the case, that you want to verify that you have a real full spectrum whole plant extract CBD, there’s two other things that you should be looking for on the lab report.

Is Full spectrum CBD Oil the same as a Full Plant Extract?

What is the difference between Full Spectrum & Broad Spectrum CBD Oil?

Take a look at the Cannabinoid Profile

Likely there will be some THC in the product, obviously not more than the legal limit of 0.3%. Unless it’s a marijuana product, then you could easily have far more THC than that. But if it’s a hemp product, as most CBD oils are, you can’t have more than that legal limit.

And then you want to look for the presence of other cannabinoids, and this will vary from product to product.

So, you do want to look for that, because that will further verify that you have a full-spectrum product that has not just CBD but other cannabinoids such as the minor cannabinoids that we have mentioned.

Take a look at the Terpene Profile

The next thing you want to look for is a terpene profile. The terpene profile is the part of the lab sheet, that shows you that the product you have contains terpenes, and for it to be a full spectrum product as advertised. If it’s advertised that way, it should indeed contain terpenes. 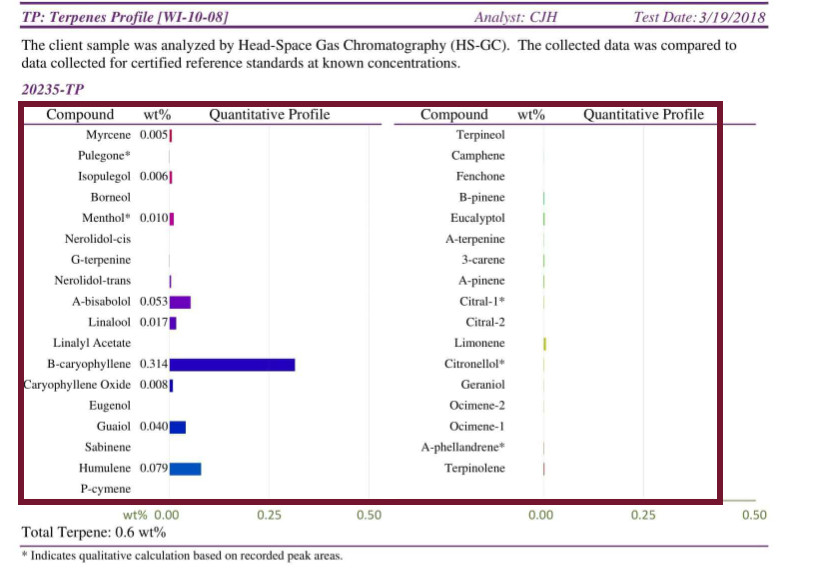 Some common terpenes are Limonene, Linalool, Beta-Caryophyllene, Beta-Myrcene and there’s plenty of others that exist in hemp and marijuana. But they’re going to vary, because there’s a lot of different strains out there and there’s different ways of formulating the final product. So there will be variation in that terpene profile.

But you want to see first that it’s there and that there is a presence of terpenes. And you can then research further, if there’s ones you prefer or ones that you want to research on their effects or their potential benefits.

What are Terpenes and the characteristics of Terpenoids

The CBD Content in Indica Strains & the terpene Myrcene

Make sure you have a clean and safe CBD product

The other thing we always harp on people and remind them to check on of course is the cleanliness of the product. The big 3, when it comes to lab reports are pesticides, heavy metals, microbes and other toxins. 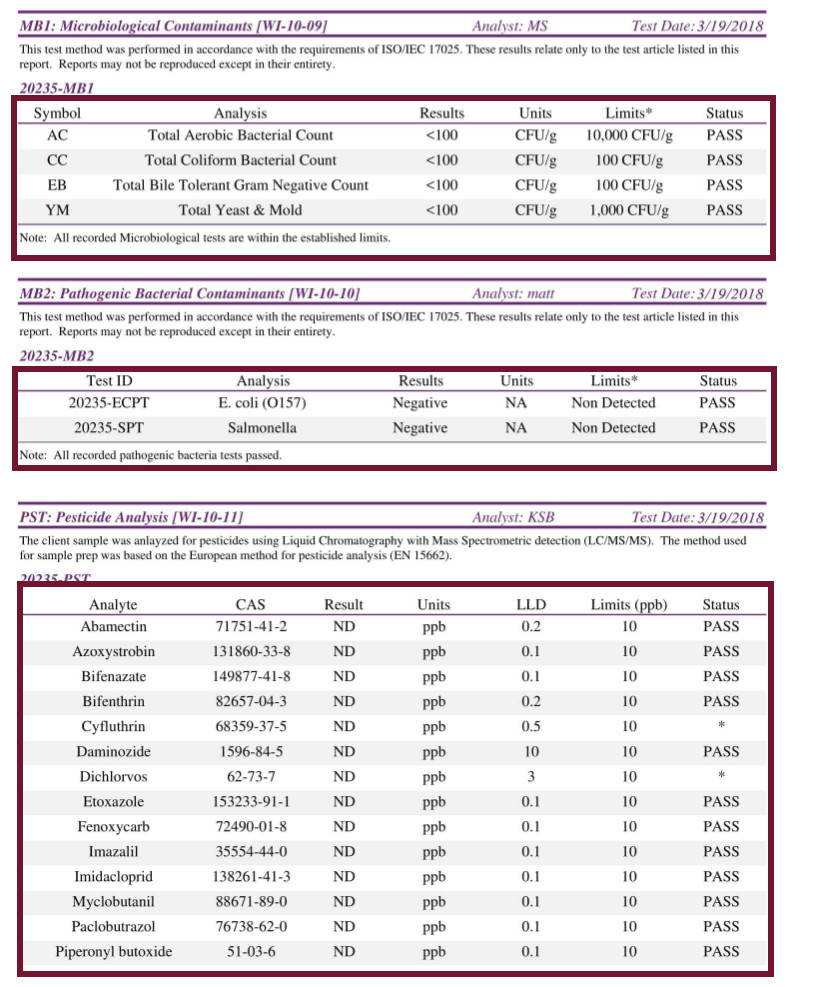 Make sure there’s no presence of residual pesticides. There are pesticides obviously used in the industry. It’s not illegal to use them if they just have to be used and then flushed out. And there can’t be a presence of them left in the final product or up to a certain limit of course. Different states do have different limits. Check that it’s not above the safety limit for pesticides.

You also want to look for heavy metals that it’s not above the safety limit that’s allowed for that.

And then also for any microbes or other toxins that could hurt you. Things like e.coli and Salmonella. You don’t want anything like that in the final product.

It is the cannabinoid profile, it is the terpene profile, you want to look for the pesticides, the heavy metals and then any kind of microbes or toxins that could be present in the final product that you’re actually consuming. And these are the main sections that you’re going to see on any lab report.

Some companies are not completing all the tests

One thing we want you to watch out for, that we’ve seen unfortunately in the space is, some companies are showing that they have test results, but they’re not completing all the tests. They’re just simply showing that section.

And if it’s an “N.D.”, that stands for “Not detected”, that’s good. That means it wasn’t detected past the limit. That’s considered safe.

You do have to be a bit of a detective at this point. Because it’s an unregulated industry. Nobody is going to do this homework for you. That’s why we try to help you and making you aware of those things and just to keep you informed. But even we can’t sit there and look at it for you. We do like to nerd out on this stuff and we know some of you do as well. So, keep your eyes open and pay attention to the things we’ve mentioned in this article when choosing a product. Thank you for reading. 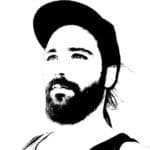 As a passionate writer and researcher, the cannabis expert is an important cornerstone of The Hemp Oil Benefits. He has been writing for large but also smaller websites in the industry for many years. His experience and expertise is a welcome addition to our team.

Not all CBD is created equal.